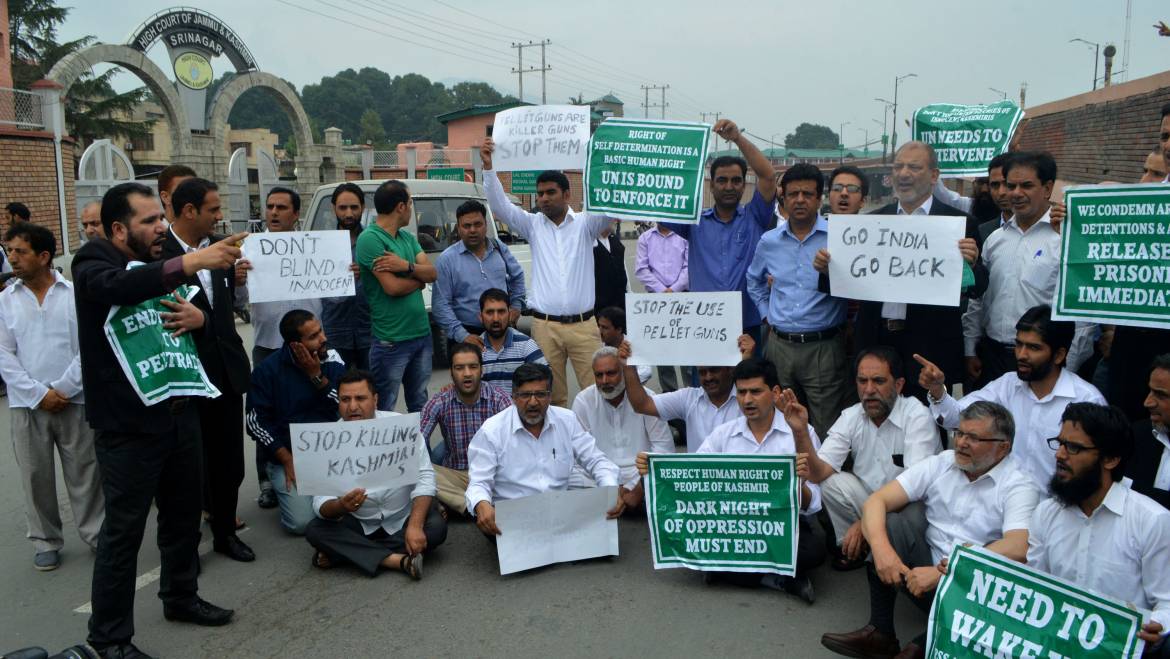 Holding placards reading pro freedom slogans, scores of lawyers associated with Jammu and Kashmir High Court Bar Association Tuesday in Srinagar held a protest march against the continuous use of pellets and civilian killings by government forces in Kashmir.

The lawyers assembled in the lawns of High court complex and moved towards the main road. The protesting lawyers were demanding a ban on use of pellets and urging International communities to intervene.  Outside the high court complex, President Bar Association, Mian Abdul Qayoom addressed the rally of lawyers. In his address Advocate Qayoom criticized the Indian sate for “allowing the use of pellets that is blinding the civilian protestors.” He said that the killings should stop.

The High Court Bar Association is on strike since the start of civilian protests and they have stopped attending courts.