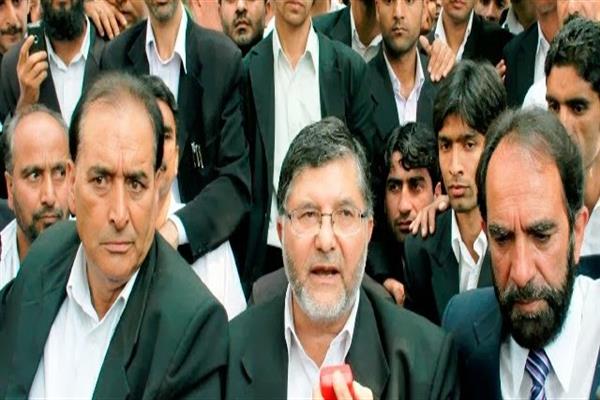 Srinagar: J&K High Court Bar Association, Srinagar on Wednesday while hailing the second UN report on Kashmir appealed to India and Pakistan to take credible and concrete measures towards the implementation of the report so that the rights guaranteed to the people of JK by the domestic and international laws are respected.
In the second report on Kashmir in 13 months, the Office of the UN High Commissioner for Human Rights (OHCHR) has reiterated its accusations about the rising graph of human rights violations and the killing of civilians by state authorities over the past one year.
The statement issued by the Bar said: “A general body meeting of the lawyers practicing in the High Court was held Wednesday and the members called upon the 47-member-state Human Rights Council to consider the possible establishment of a commission of enquiry, to conduct a comprehensive, independent international investigation into allegations of human rights violations in Kashmir and declaring the continued arbitrary detentions and cordon and search operations to be deeply problematic, as do the other special legal regime including the Armed Forces Special Power Act, a key obstacle to accountability.”
It said that the members also discussed the difficulties being faced by the lawyers in the High Court, due to non-listing of their cases and non-taking up of cases from the main list.
“The members voiced concern over the deteriorating health of the wife of jailed Hurriyat leader Ayaz Akbar,” it said.
The statement added: “The Bar in a meet also expressed anguish over the detention of Mohammad Yassin Malik and other leaders and activists and the ill-treatment meted out to them in jails, and requested the members of international community to take notice of these happenings in jails and help the detainees and other undertrial prisoners in living a dignified life while under incarceration.”